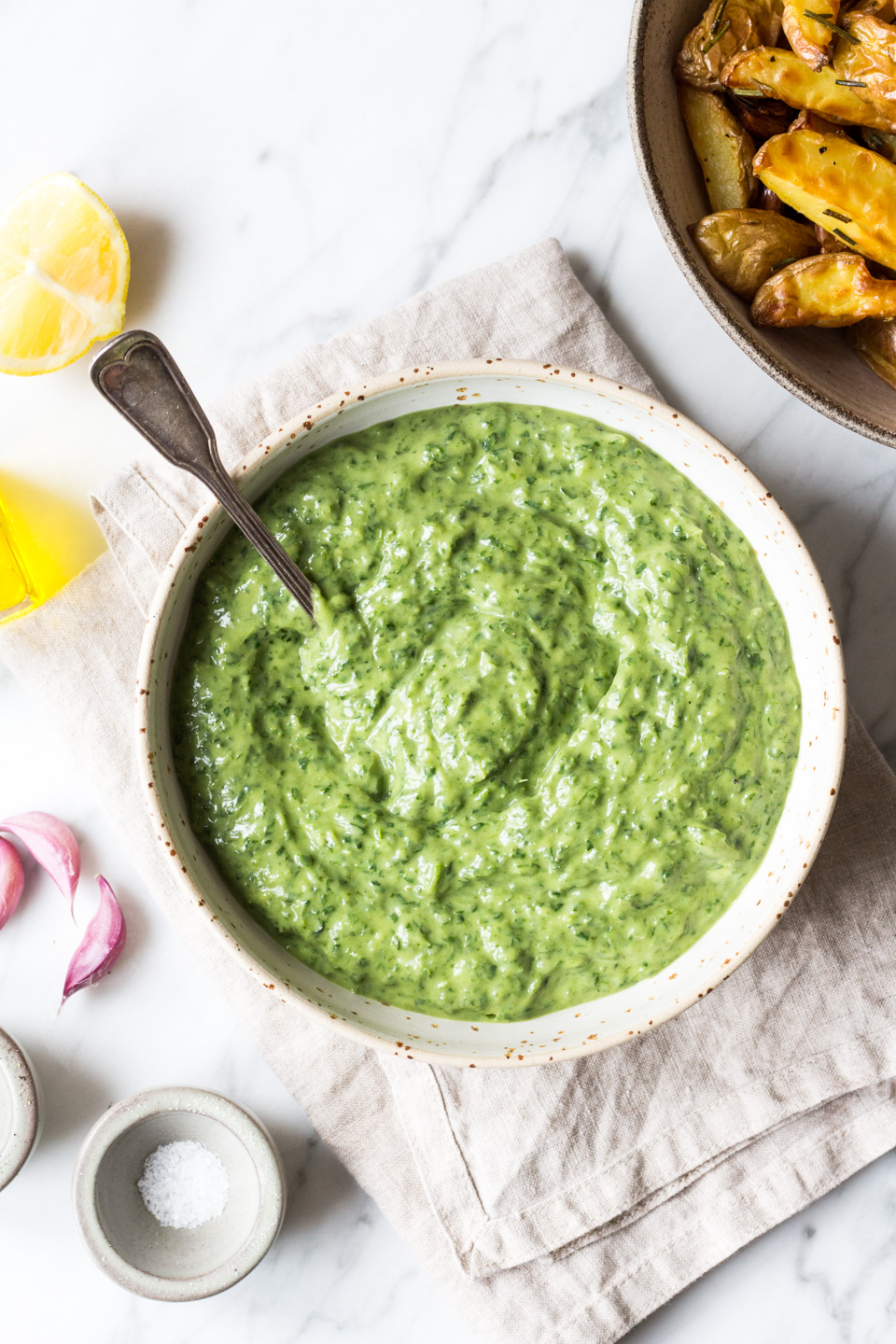 Ok, here’s the thing: The German cuisine is not really known for its healthy twist, and that, my friends, is not a prejudice, it’s a fact. If you ever visit Germany, and you happen to leave any of the larger cities, chances are slim that you will find a vegetarian, let alone a vegan meal. Of course, times are changing in Germany as well, but Bratwurst, Currywurst, and other meaty dishes are still the most common traditional dishes you’ll find in my country. 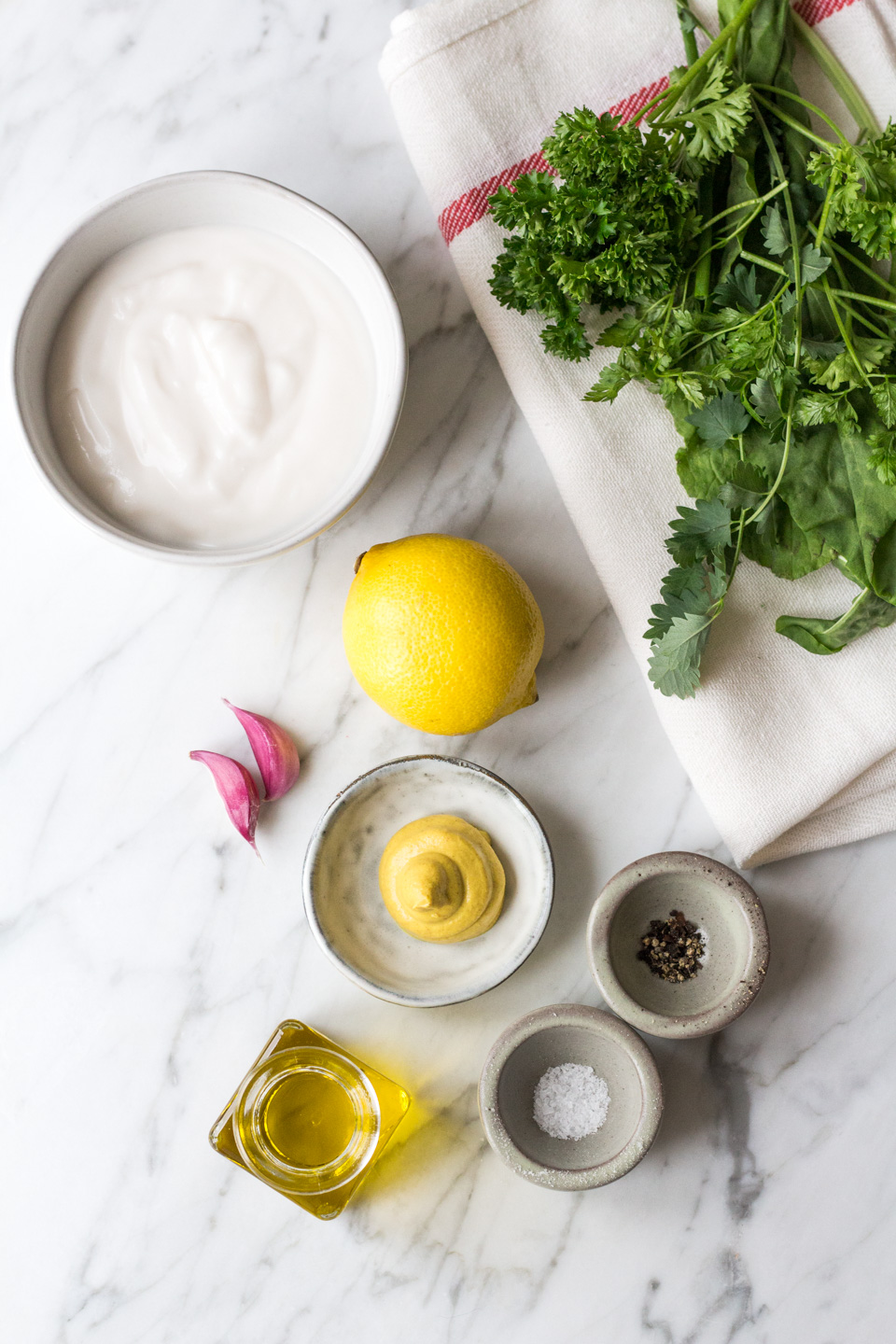 There are exceptions, however. One of them is the traditional so-called “Frankfurter Grüne Soße”, which translates to “Frankfurt Green Sauce”. This local dish originated in the Frankfurt area and has become quite popular in the entire country. Green Sauce is an herbed sauce that uses seven different herbs, which are pureed with yogurt, cream, eggs, and some other ingredients. While you could argue that the ingredient list of the original version is not exactly healthy, given the amount of heavy cream in it, the amount of herbs found in this sauce is, however, noteworthy.

It is noteworthy because the German cuisine is unfortunately not known for its excessive use of fresh or dried herbs. This is also true and not prejudice. The greatest amount of herbs are often found on the plate as a decoration, and frankly, most Germans leave them to be decoration. So the Frankfurt Green Sauce really stands out. 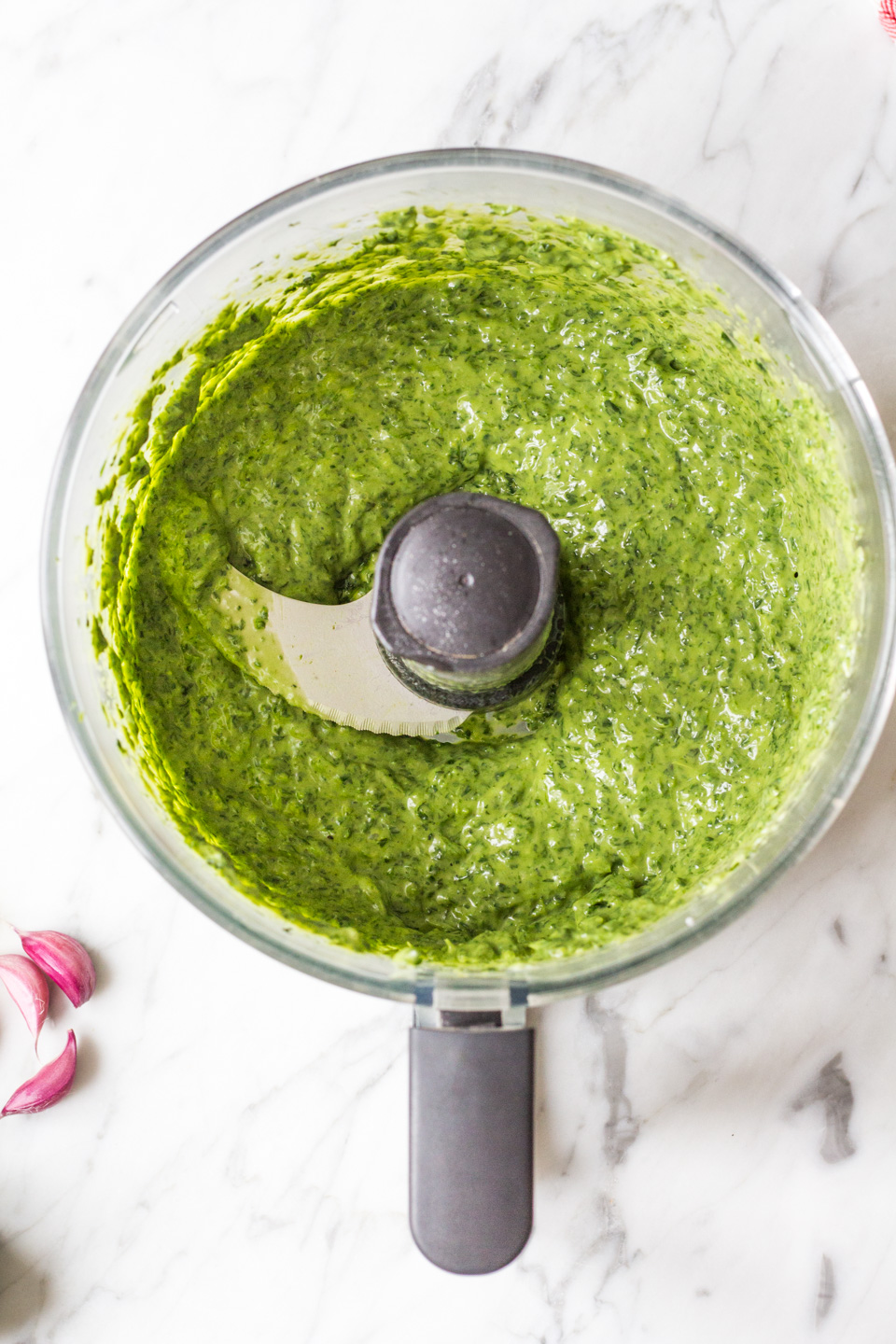 Obviously, I am slightly exaggerating right now. While our traditional dishes are not really high in nutrients, or fresh vegetables and herbs, many of my fellow Germans love good food and know how to cook delicious, and nutritious meals. Since traditional German foods aren’t really popular amongst younger folks, and health-loving peeps (like me) anymore, many Germans eat quite international these days. I don’t have any statistics to complement my statements, but from a feeling, I would say that the Mediterranean cuisine is the most popular one here, but the French, Thai, Vietnamese and American cuisine are also quite popular.

Back to this sauce. My version is plant-based, of course, and therefore I would say that it is definitely lighter than the original version. I used coconut yogurt, instead of cream, and I’ve omitted the boiled eggs completely. So really, the taste does not resemble the original recipe at all, but that’s definitely not a bad thing in this case. 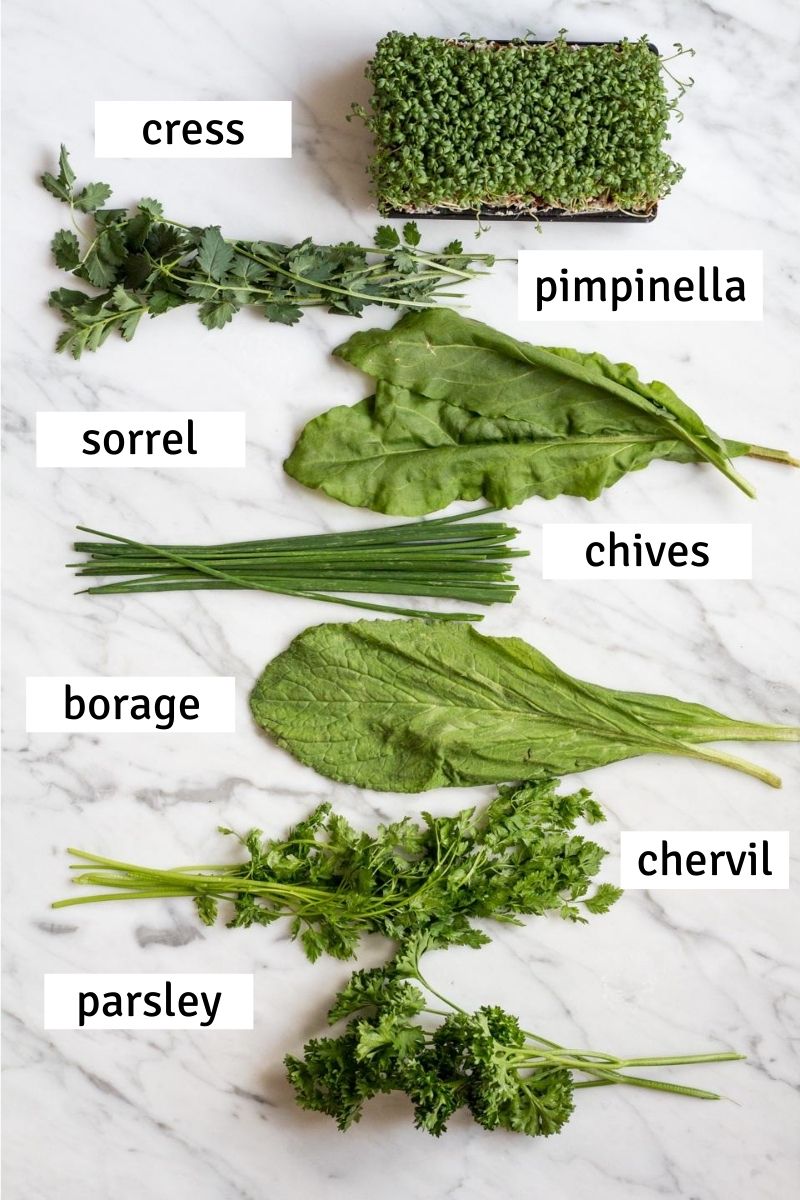 Let’s have a look at the seven herbs, that make this sauce so special. You do not need to have access to all of these herbs in order to make this sauce. More about alterations in the recipe below: 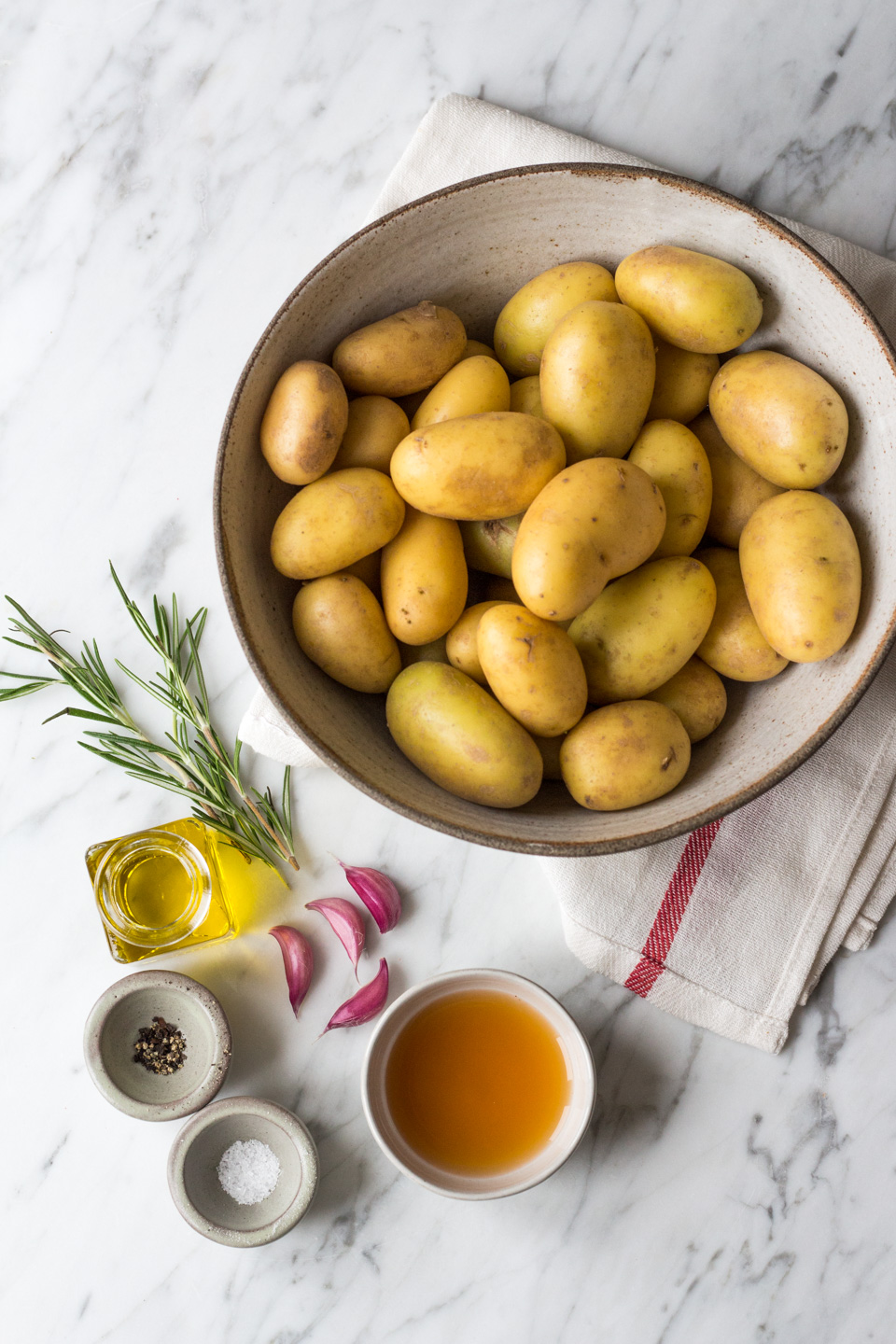 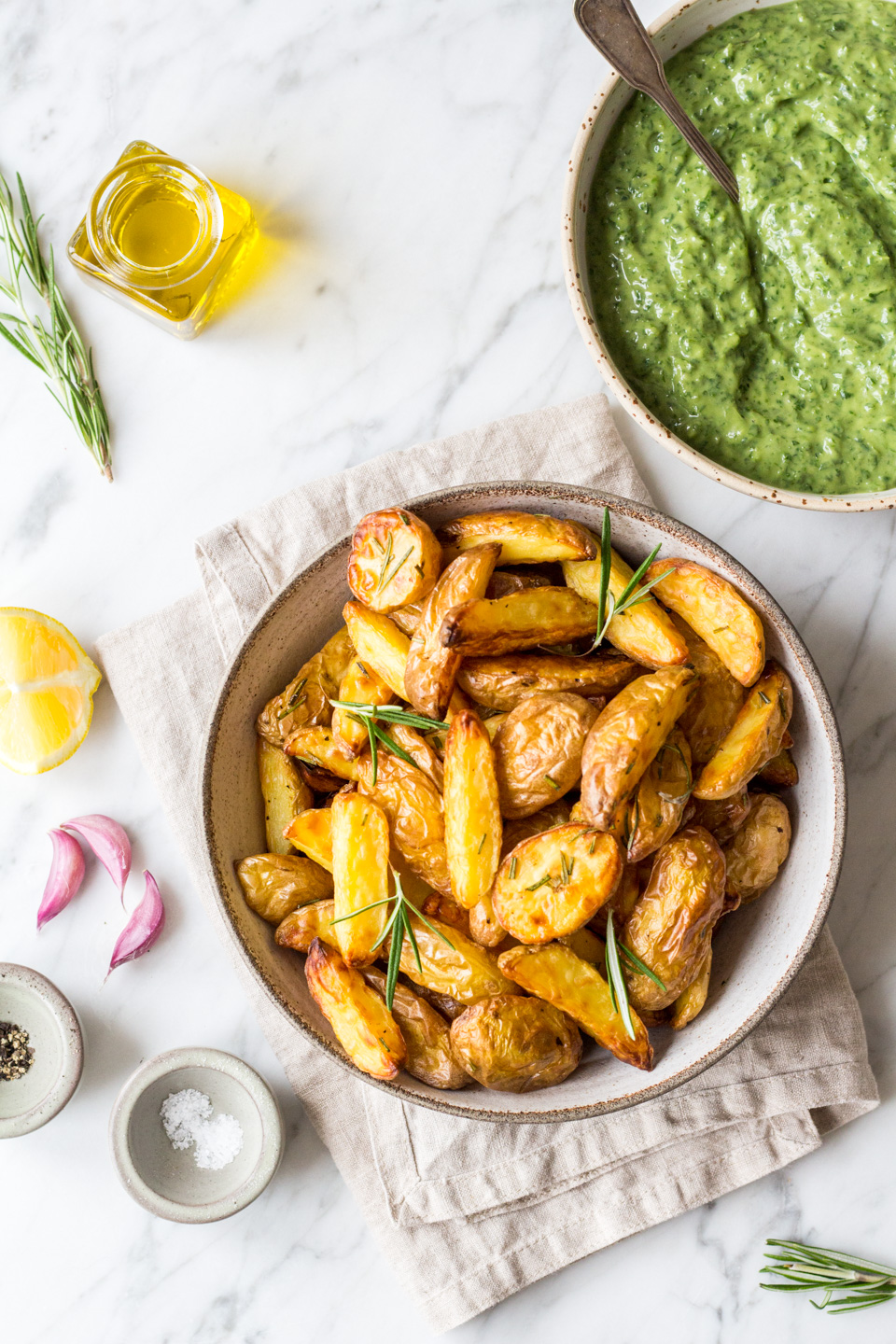 German Green Sauce is traditionally served with boiled potatoes, but I prefer them with roasted “salt and vinegar” & rosemary potatoes. You could of course also serve it with roasted vegetables or simply as a dip. 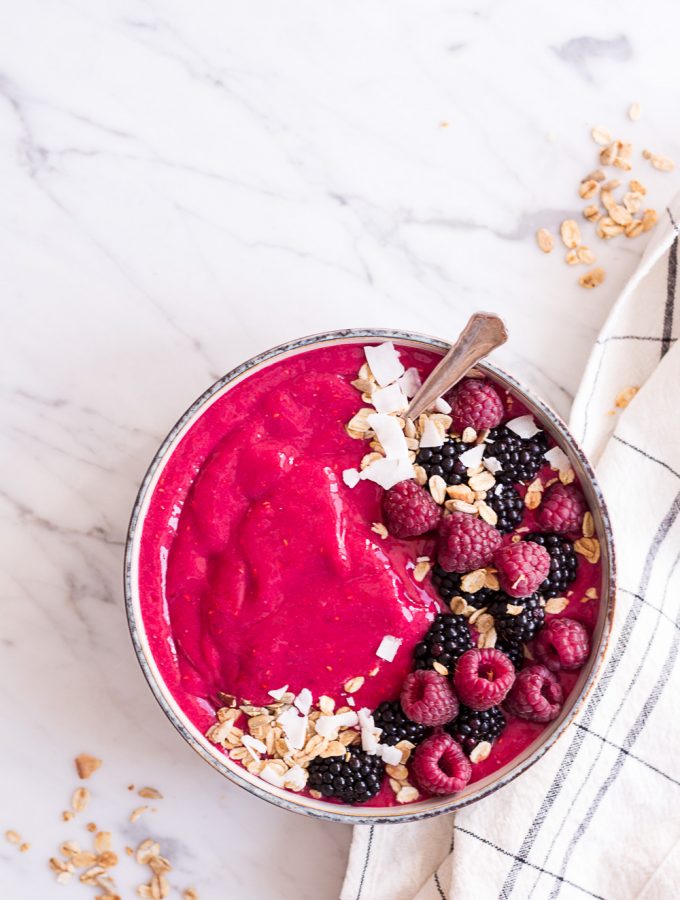 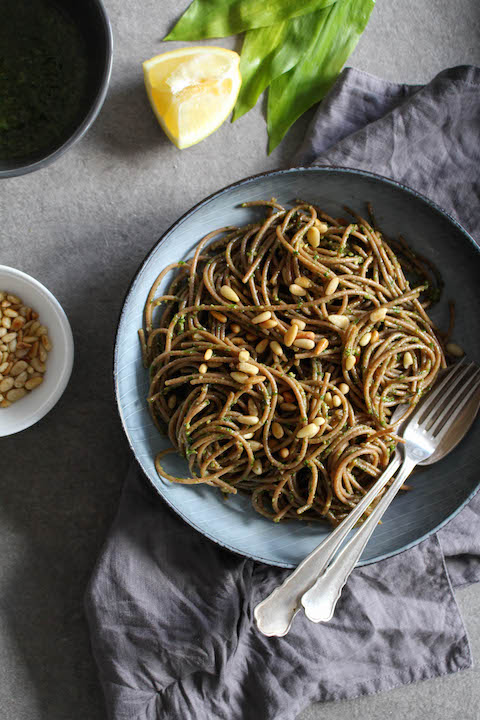 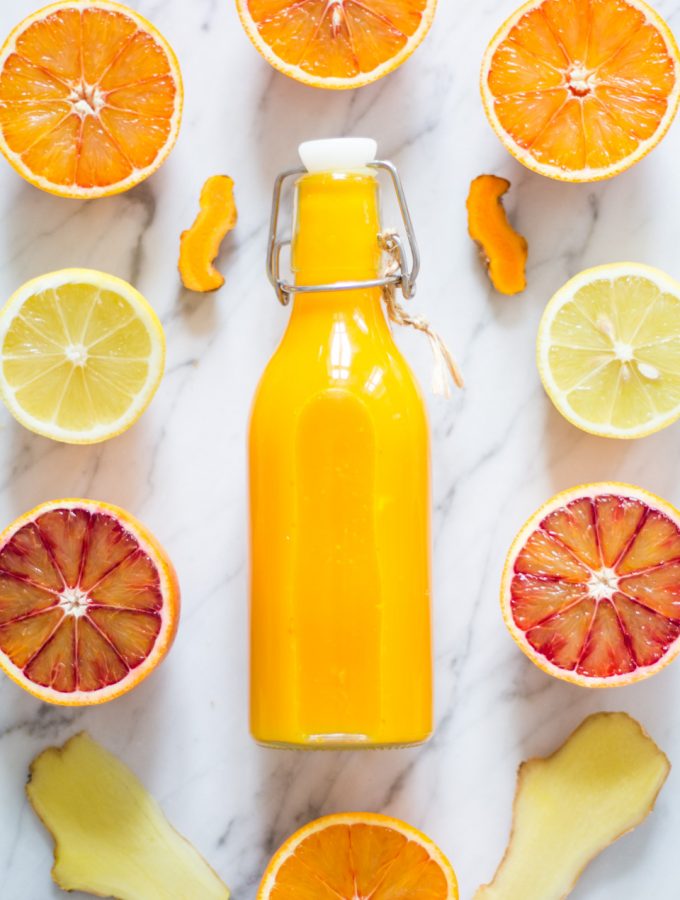