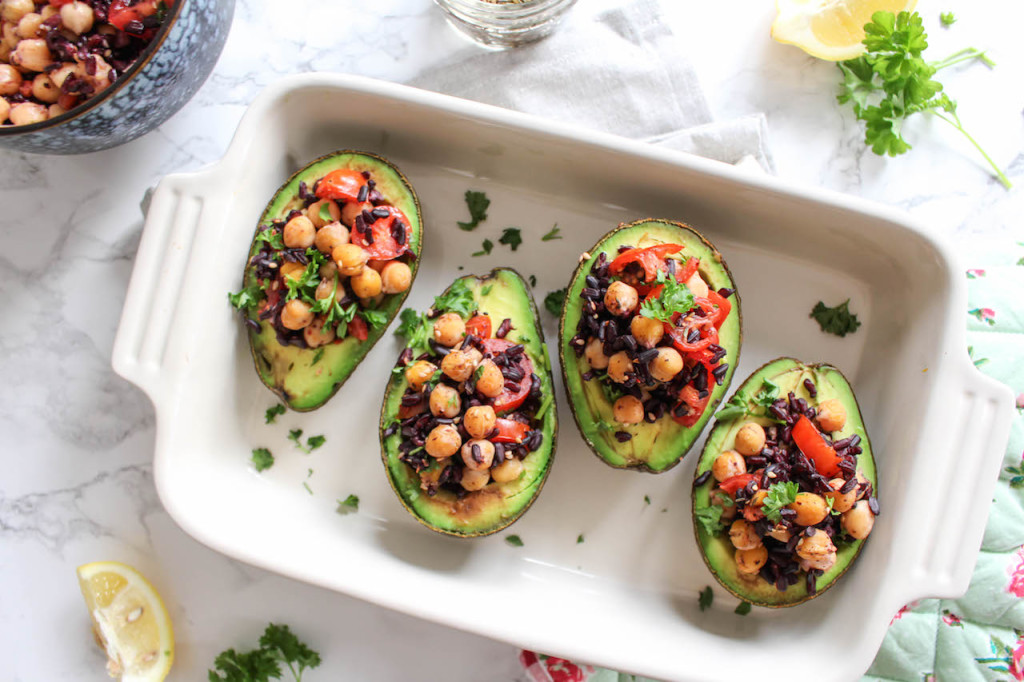 These baked avocados were literally the biggest hit on Instagram when I posted them last week. I didn’t even think about it, but the fact that you could actually eat avocados warm, apparently surprised many of you. I first realized that you could actually bake avocados when I saw this post by Ella Woodward in the Telegraph. I have to admit that I was a bit sceptic at first, because I had only ever eaten avocados raw, but after I tried it for the first time, I was instantly in love. A whole new world opened up to me, and I think I never want to eat another appetizer ever again. Speaking of appetizers, I realized that I didn’t really post that many appetizers yet, so I am going to try to change this in the future. I doubt, however, that I will ever find something more delicious than these little baked avocados. 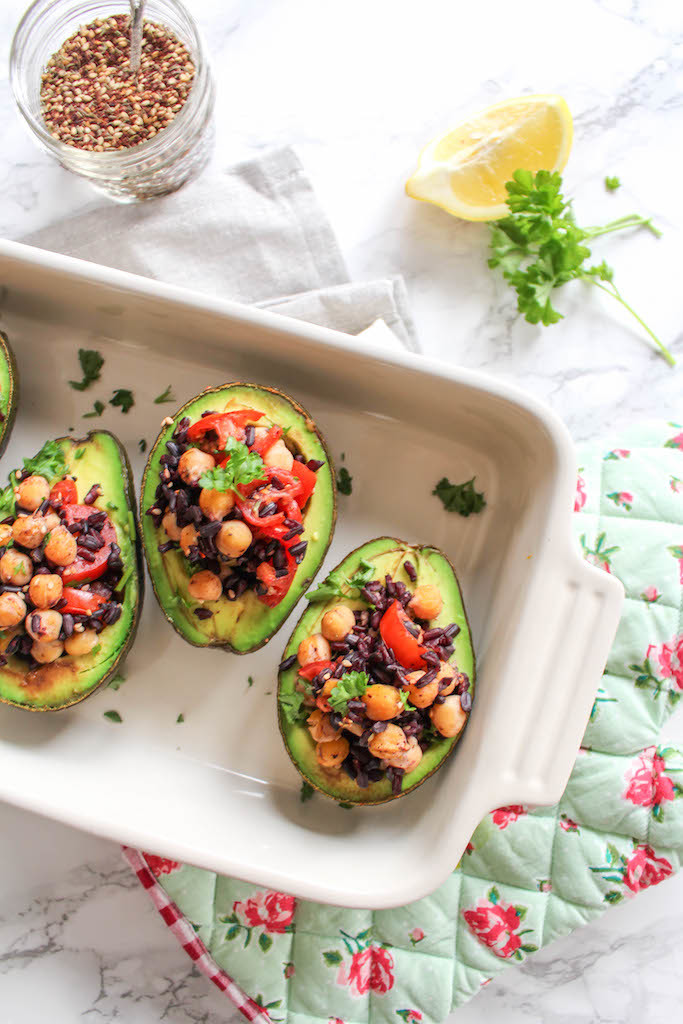 So besides from the mind blowing fact that you could actually bake avocados, this recipe also has another amazing ingredient that I discovered recently: za’atar. Za’atar is a middle eastern spice blend that is most commonly mixed with olive oil and spread on flat bread. It’s also often used in dips or to marinate vegetables or meat. In this recipe it is a wonderful addition to the black rice and chickpea filling and gives this appetizer the final, and most delicious oriental touch. You can buy za’atar in any middle eastern market, but many supermarkets with a well sorted spice isle will also carry it. However, I prefer to make my own, as it is much cheaper and absolutely fun to make it yourself. The secret ingredient in za’atar is sumac. In case you haven’t heard of sumac yet, you need to listen carefully now. Sumac is a ground deep red berry that grows on the sumac bush in the Middle Eastern regions. It has a nice tangy flavor, similar to lemons, although it is much less tart than lemon flavor. You can sprinkle it on literally anything that needs a balanced tangy touch. I think it goes really well with hummus or even tabbouleh. 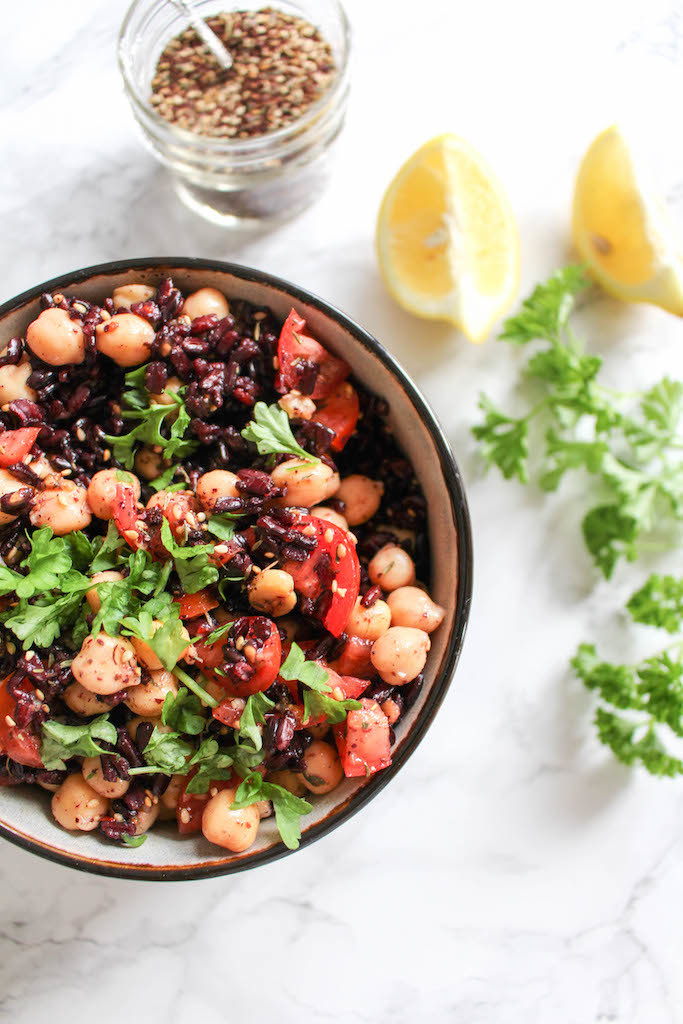 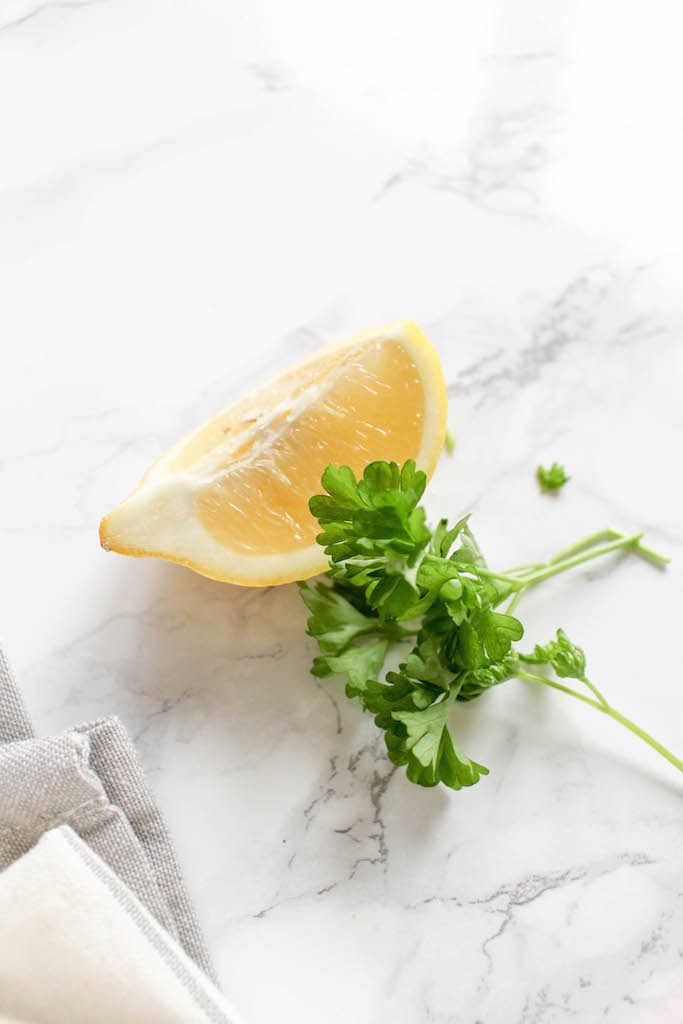 Combined with the chickpeas, the delicious black rice, sweet cherry tomatoes, fresh lemon juice and fresh parsley, it creates the most wonderful kind of salad, that I almost always end up eating out of the bowl before I have a chance to scoop it into the avocados. I strongly encourage you not to follow my example, because combined with the warm avocados, it tastes even better. 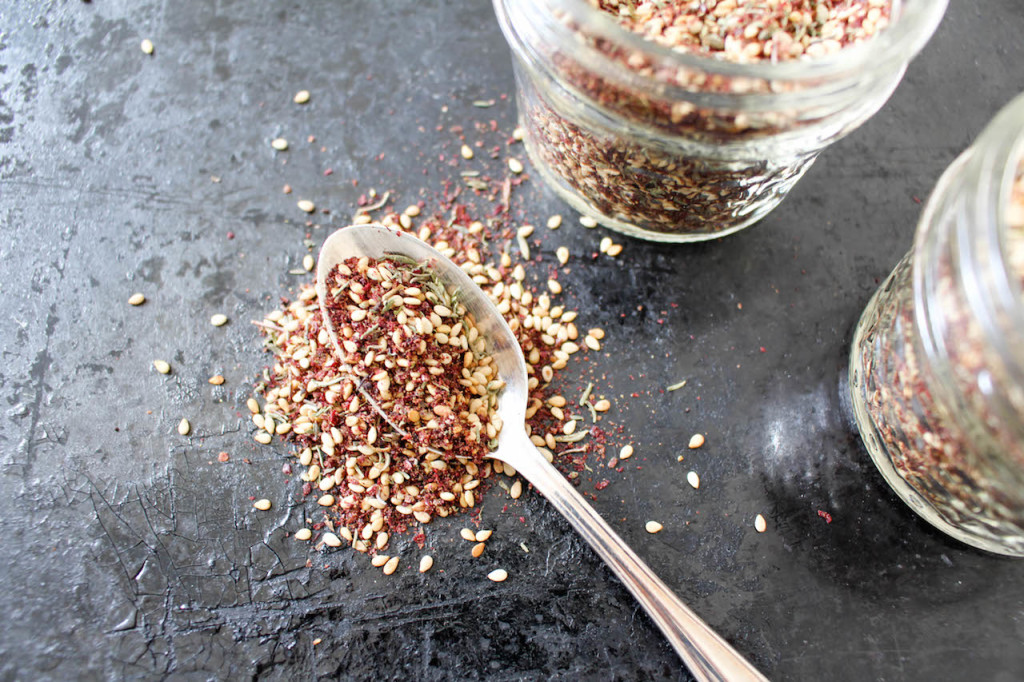 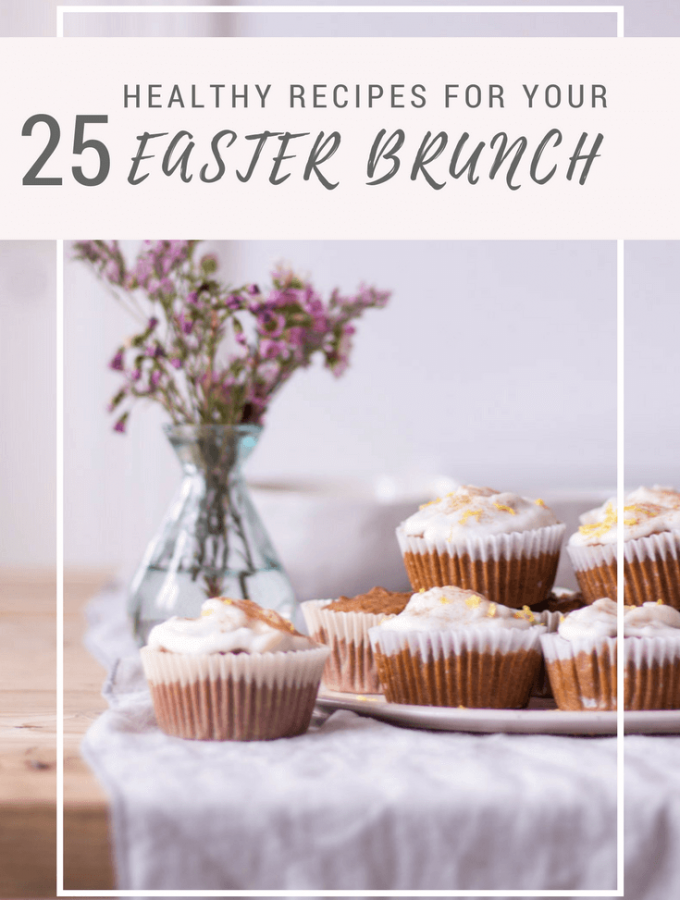 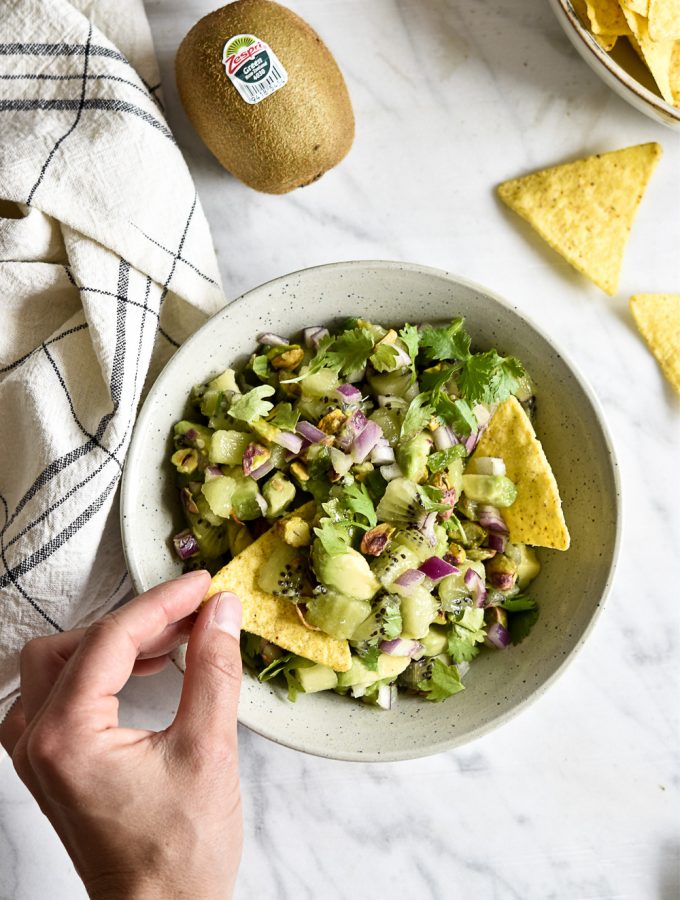 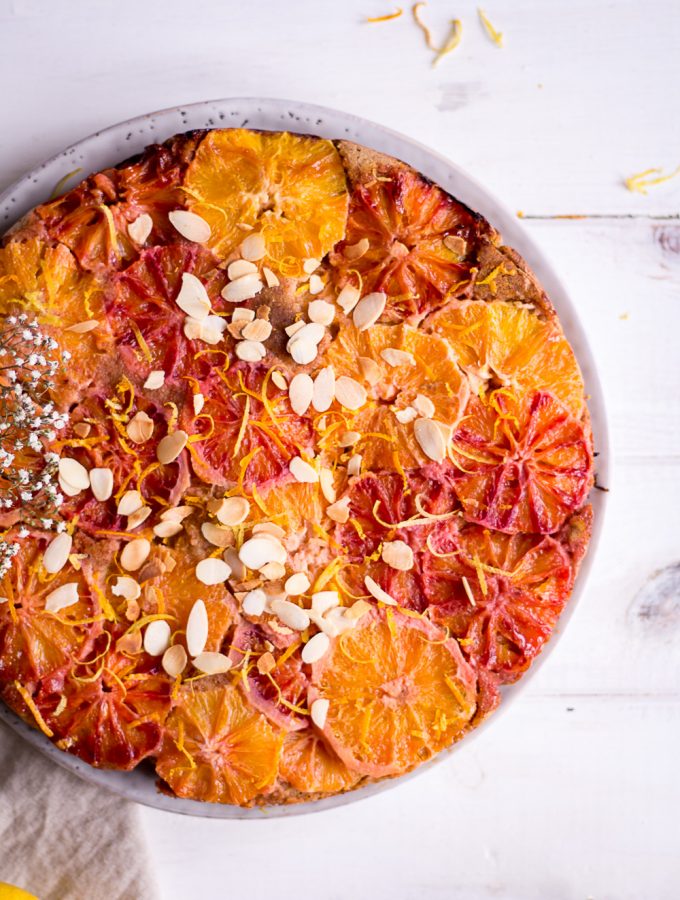