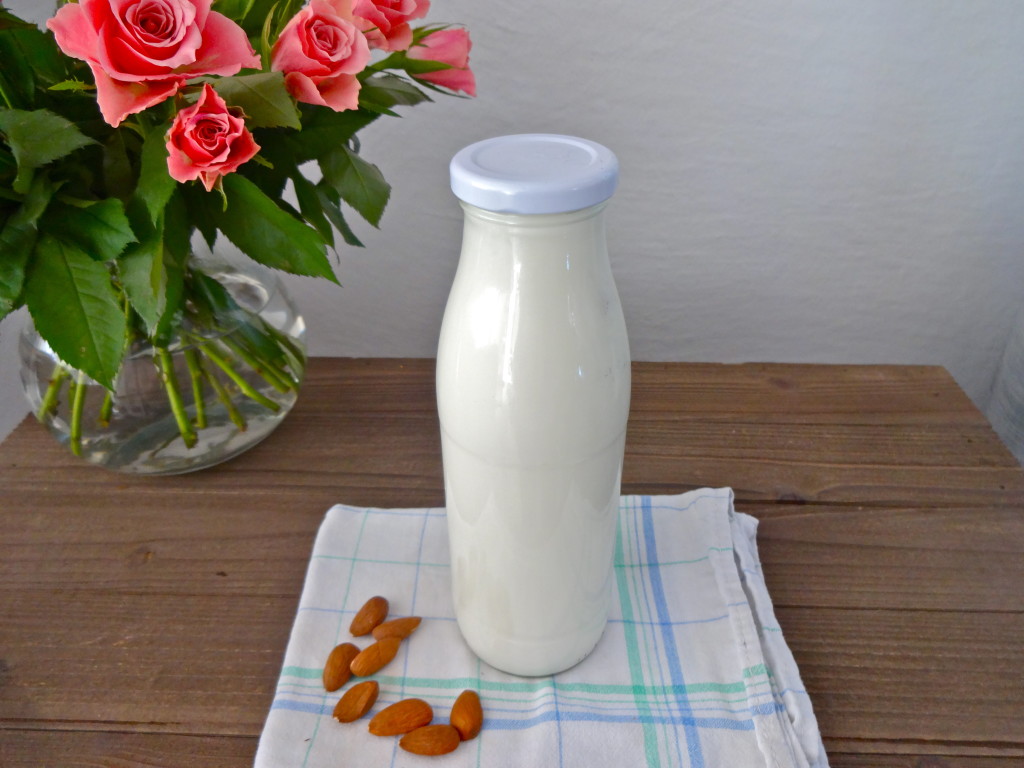 Ever since I had my first sip of almond milk I have been in love. I discovered nut milk during my time in Texas, when I still thought that I was lactose intolerant. A friendly person at Whole Foods recommended almond milk instead of the very sweet lactose free milk, and fortunately I gave it a try. I admit that switching completely from cows milk to almond milk took me some time. First, I mixed it with cows milk and then I gradually increased the amount of almond milk in my cereal bowl. It takes some time getting used to the taste, but once you learn about all the health benefits of almond milk, you will want to try it with everything. At least that’s how I feel about it.
Almond milk is full of healthy vitamins and minerals, and thus really deserves the title super-milk in my opinion. The amount of vitamin E in one cup of almond milk already covers 50% of the recommended daily intake of the beautity vitamin. It is a natural health booster, which makes your skin, nails and hair glow – at least that’s what I tell myself. Rumor has it though, that almond milk also has a higher calcium content than cows milk, but I have to tell you that this is unfortunately not true. If you are switching to almond milk, then you need to receive your daily dose of calcium from somewhere else such as from green vegetables like broccoli, rucola or algea (sushi!).
The Glycemic Index (the index which shows the effect of a certain food on our blood sugar levels) of unsweetened almond milk is also very low, which means that almond milk does not significantly raise our blood sugar levels, thus it does not increase our risk of getting diabetes type 2. It also means that the little amount of carbohydrates present in almond milk is turned into energy and not into fat. If you’re watching your weight, then almond milk is great for you because it contains almost three times less calories than cows or soy milk. The latter also often contains many nasty additives and preservatives, which is why almond milk is definitely a better milk substitute than soy milk.
Unfortunately almond milk can be quite expensive which is why homemade almond milk is not only a healthier but also a cheaper alternative to store-bought nut milk. With only one cup of almonds you can get almost a liter of almond milk, which is defintely cheaper than buying it from the store. 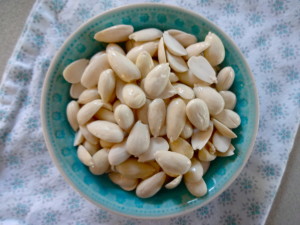 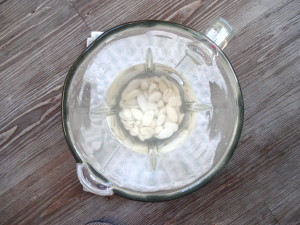 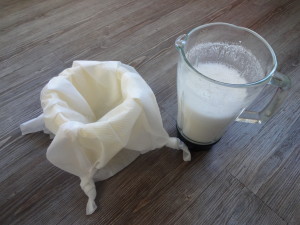 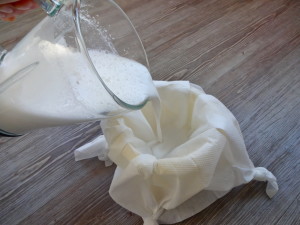 The day before you want to make your almond milk, you need to soak your almonds for at least 8 hours in order for this recipe to work. Be sure to cover every nut with water and let it soak preferably over night.
The next day, drain your almonds and put them into a blender. Add the 3 cups of water and blend everything for at least 1 minute until you have a nicely smooth milk.
Now place your jelly bag over a large bowl and pour the almond milk through the bag. Finally drain the rest of the water with your hands. Almond milk can taste a bit strange in the beginning, so you might want to add some sweetener such as agave and maybe even some cinnamon to make it more tasty.

Store the milk in an airtight bottle in the fridge and it should last for about a week or so.

If you do not know where to get a jelly bag from, this one* works perfectly. 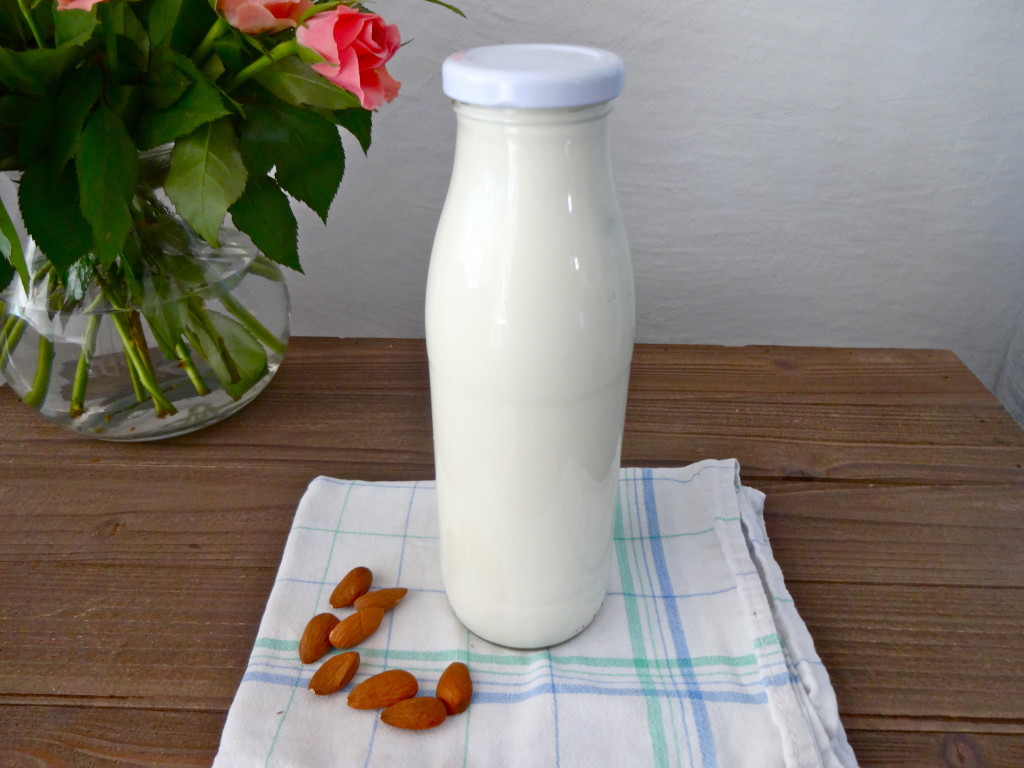 *Affiliate-Link – if you buy this product through this link I will get a little bonus which will help me cover the costs of keeping my blog alive. 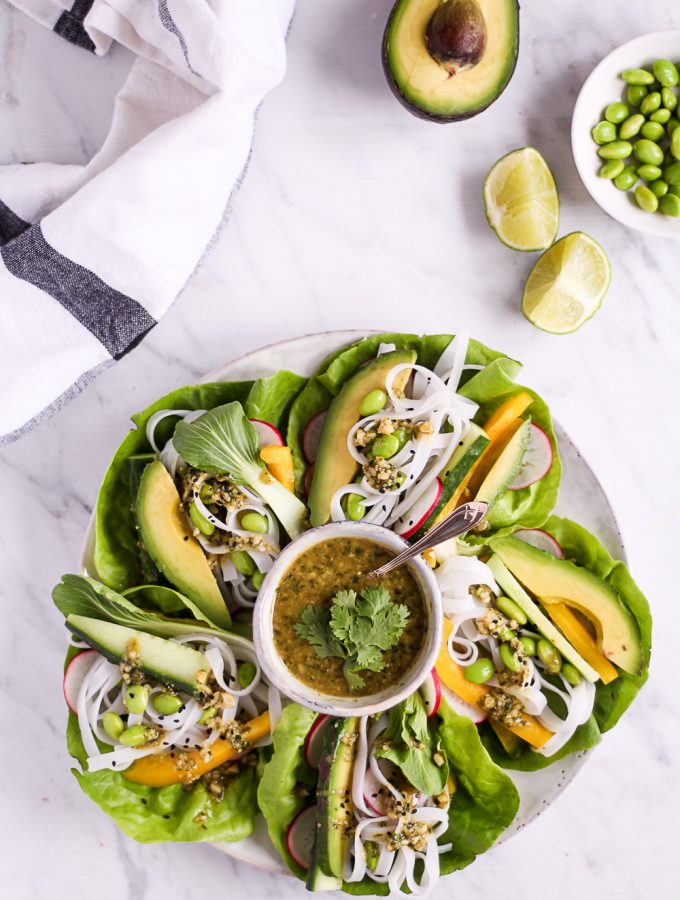 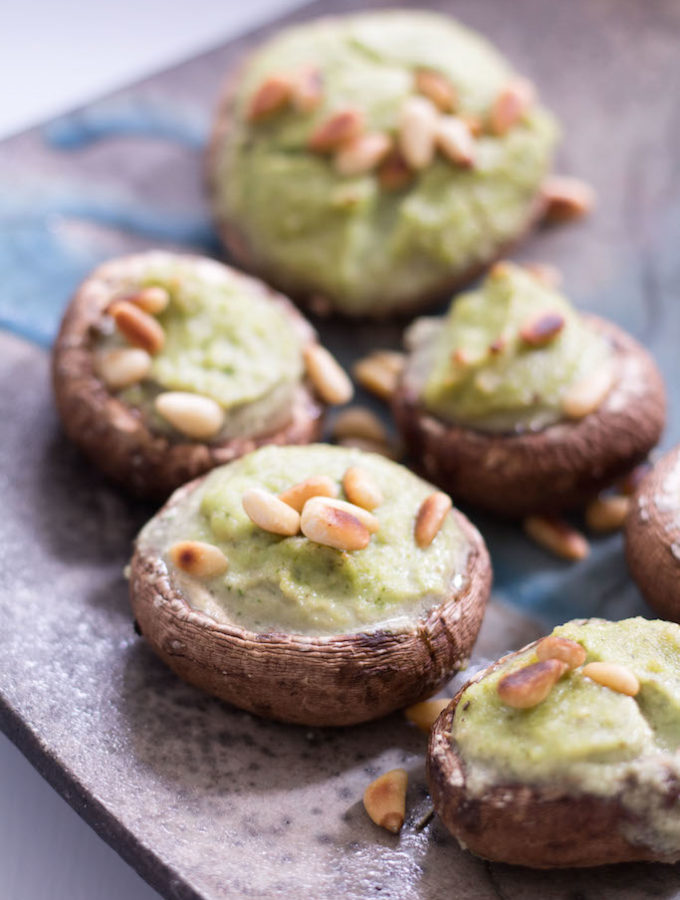 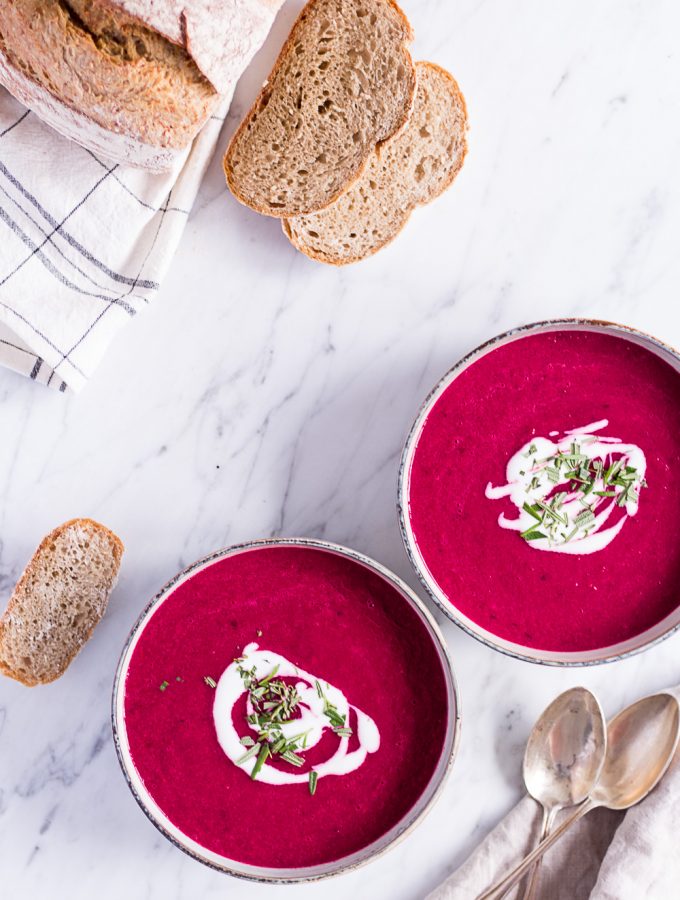