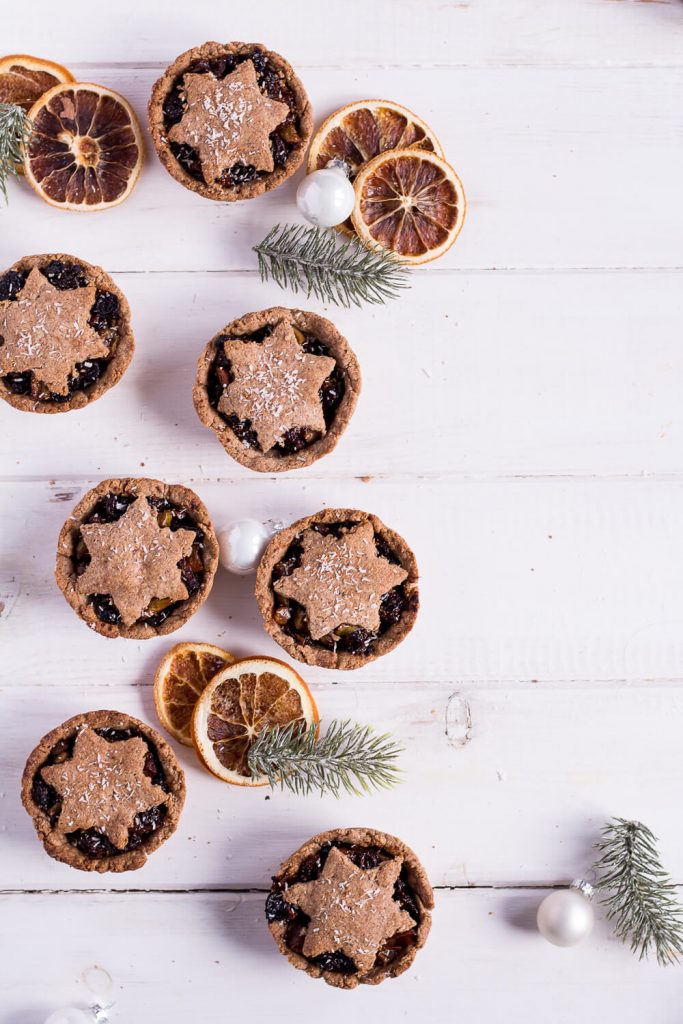 My sister trip to London this past summer definitely proofed that all sayings about the British cuisine are rubbish. Of course I can only speak for London, but this city is definitely the culinary capital of Europe. We had some of the best foods in the city, visited great cafes and delis and literally all we did was eat. We also stayed with my sister’s roommate in her parents’ house near Watford for two days and we were served some of the best foods I have ever eaten, including the British broccoli that I am so totally jealous of. Can someone please import British broccoli to Germany? Asap, please! 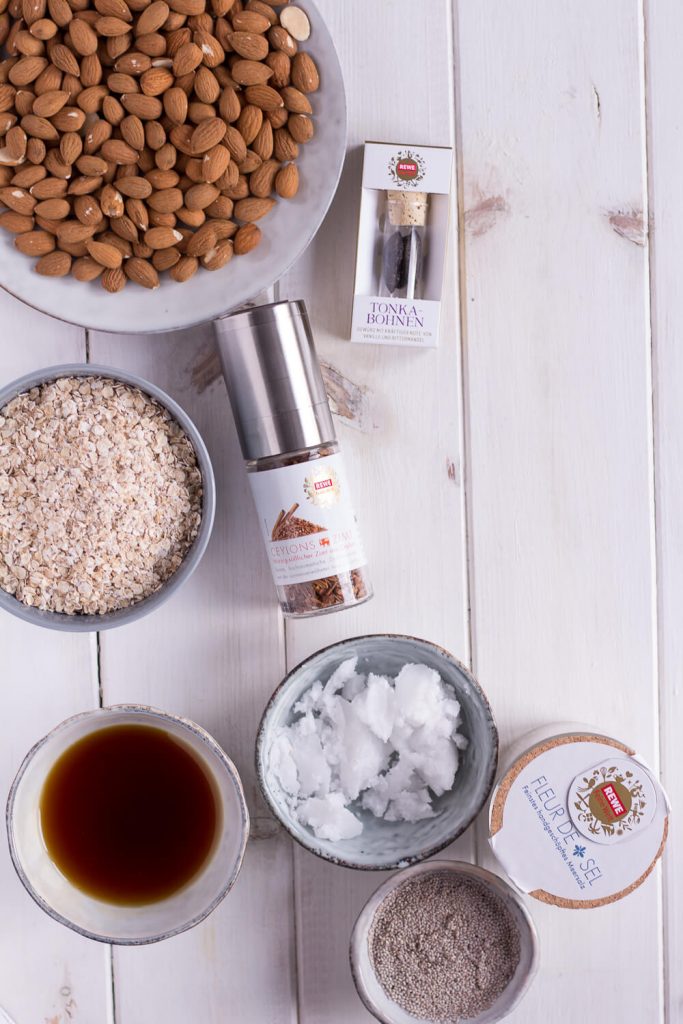 My sister told me about the Mince Pies that her flat mate’s Dad always makes, so of course I was curious about these little British pies. Seeing them all over Pinterest, I just had to make them, and they turned out amazingly. Of course this is nowhere near the original mince pie recipe as I used completely unconventional ingredients, but the mince meat is always a mix of fruits, some dried fruits and Christmas spices. In England you can even buy “mincemeat” jars in every supermarket. It’s definitely the equivalent of the German “Stollen”, except it’s much tastier, fresher and tastes so much more like Christmas than cookies or Christmas bread. 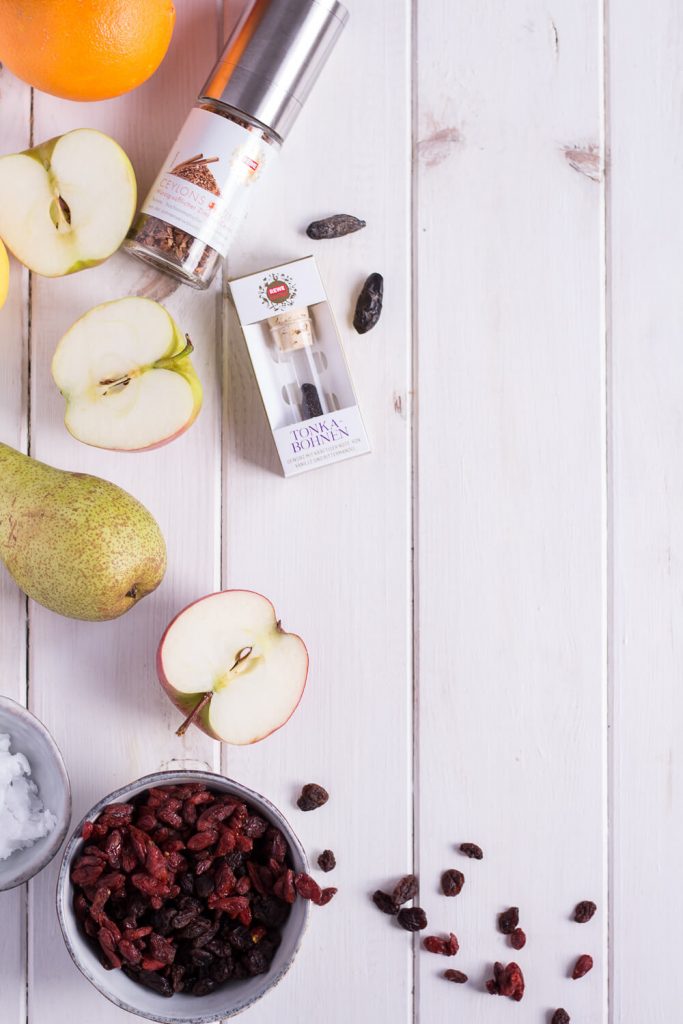 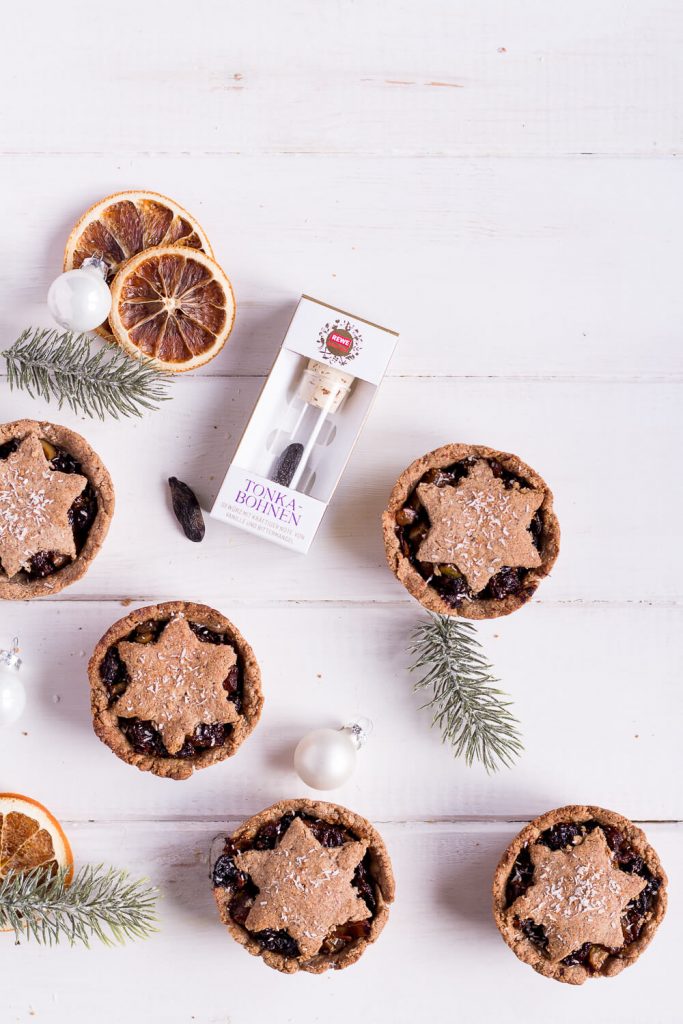 My Mom was completely in love when she first tried them, and I also think that it’s one of the best Christmas desserts ever! It’s really moist, rich and flavorful, and something very different than anything I’ve ever tried. Another big plus is that they are just so freaking pretty! I am a sucker for pretty food, so these healthy mince pies will definitely make your Christmas table look so much fore festive. 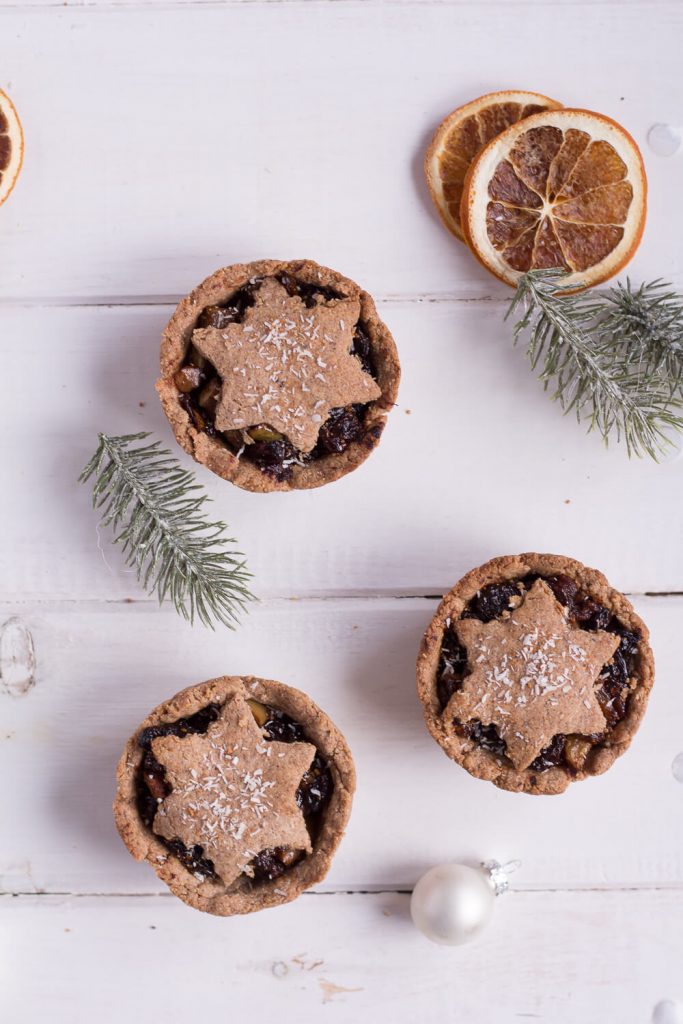 Instead of vanilla, I used the tonka bean, which is an ugly black bean from the tonka tree, which is originally grown in South America. You only need a bit of tonka beans, which are commonly ground with a small grinder, for a rich flavor that reminds me of vanilla. It’s very common in upscale restaurants around the world, so it’s about time that we use it in our own homes, don’t you think? 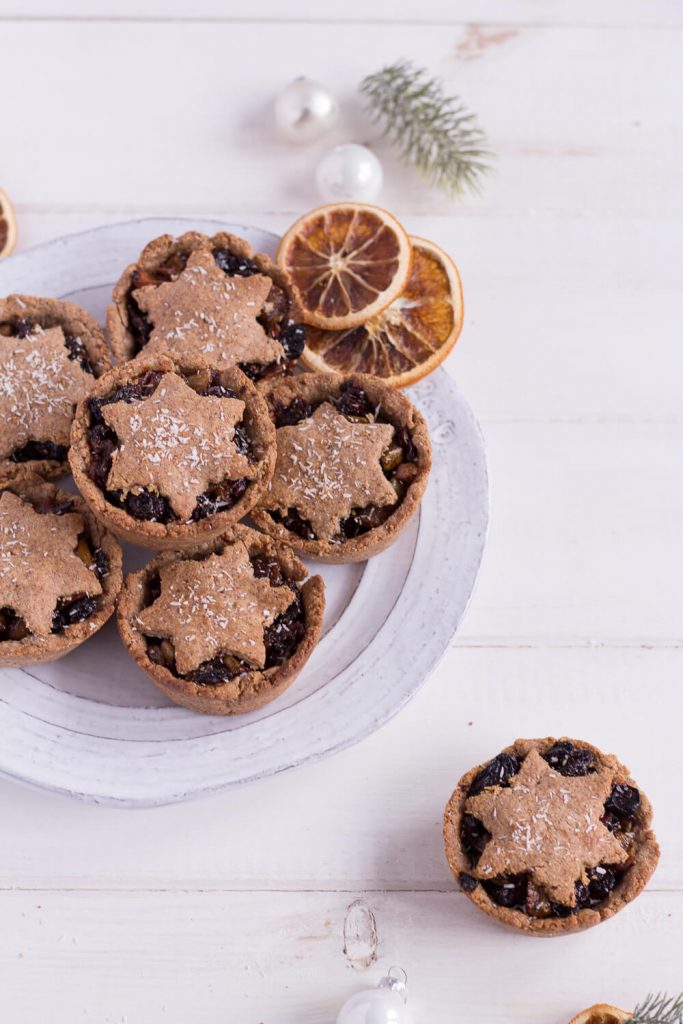 This is the last item on my Christmas menu this year, and I hope it inspired you once again to eat a bit healthier during the Holidays. It’s definitely possible to eat healthy at Christmas, and it does not require deprivation or starvation. Healthy Holidays are so much fun, and I hope that these healthy mince pies, my sweet potato and parsnip soup and the stuffed butternut squash proofed how delicious and healthy Christmas can be.

Print
Prep time
1 hour
Cook time
10 mins
Total time
1 hour 10 mins
Author: Lynn Hoefer
Serves: 6
Ingredients
For the mince meat:
Instructions
Notes
This recipe only makes 6 mince pies. If you want to make more, just double the amount of ingredients.
If you do not have a food processor or strong blender, use 200g of ground nuts instead.
3.5.3226

*A Big Thank You to REWE Feine Welt for sponsoring this post. And thank you, readers, for supporting the brands that make hour-long recipe testings in the Heavenlynn Healthy kitchen possible. 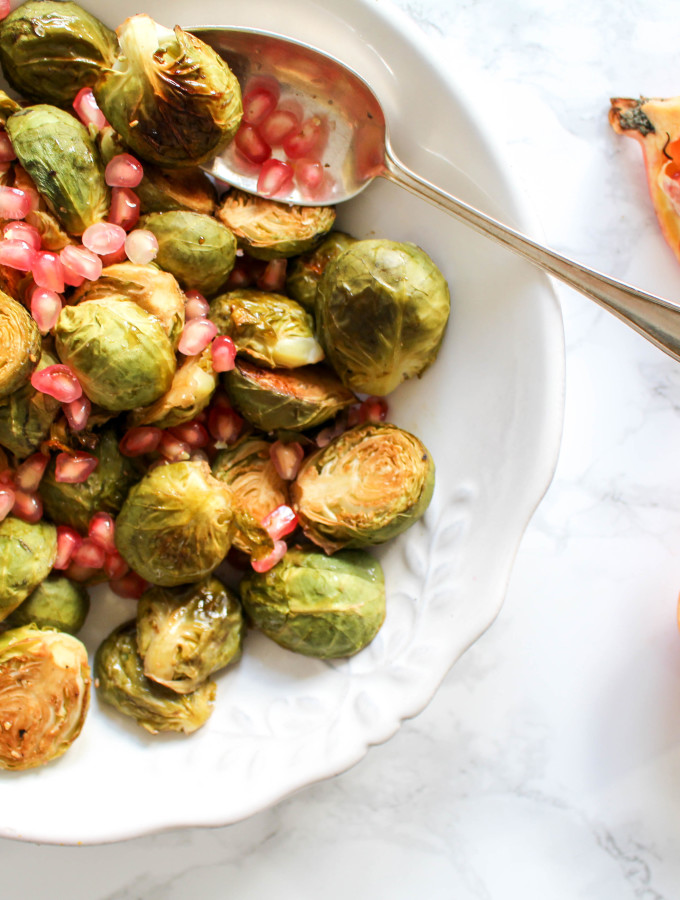 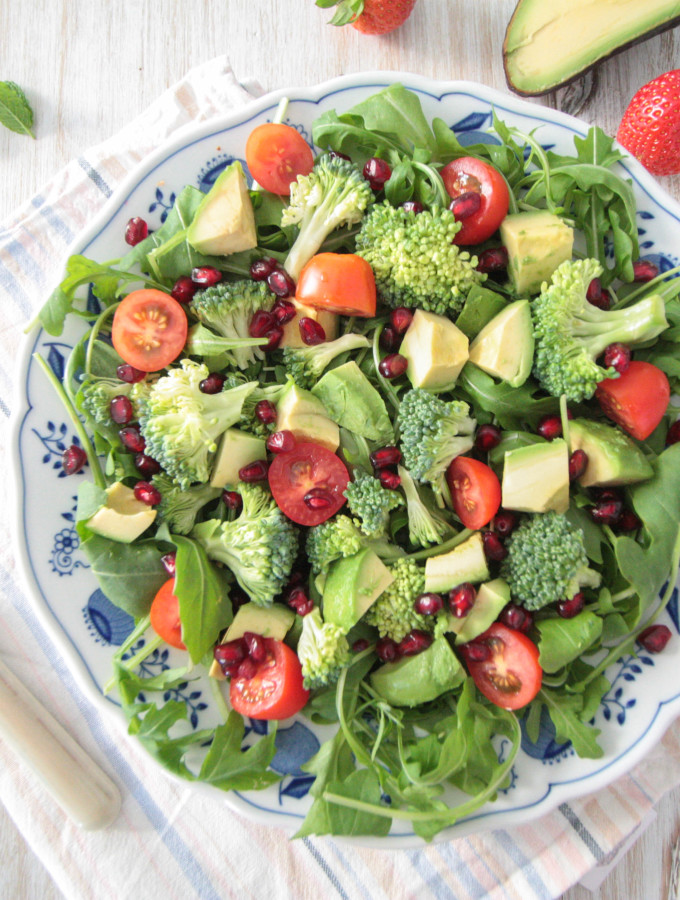 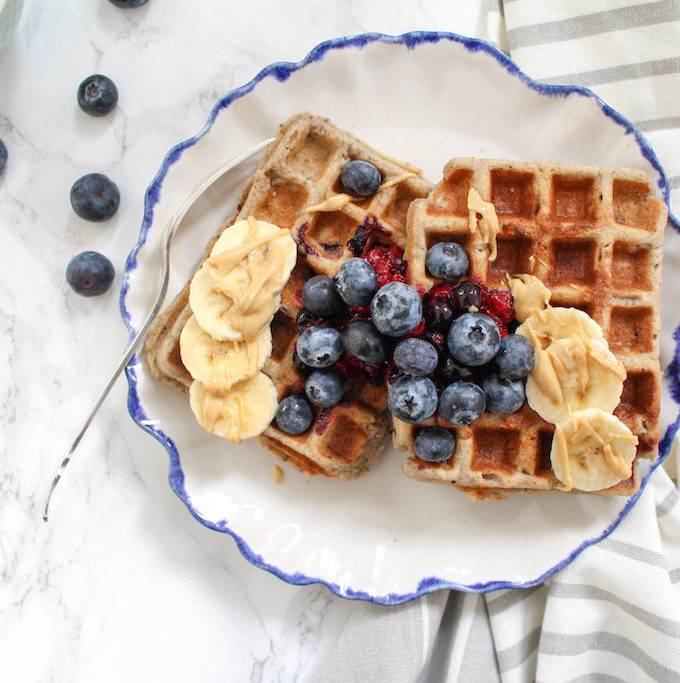